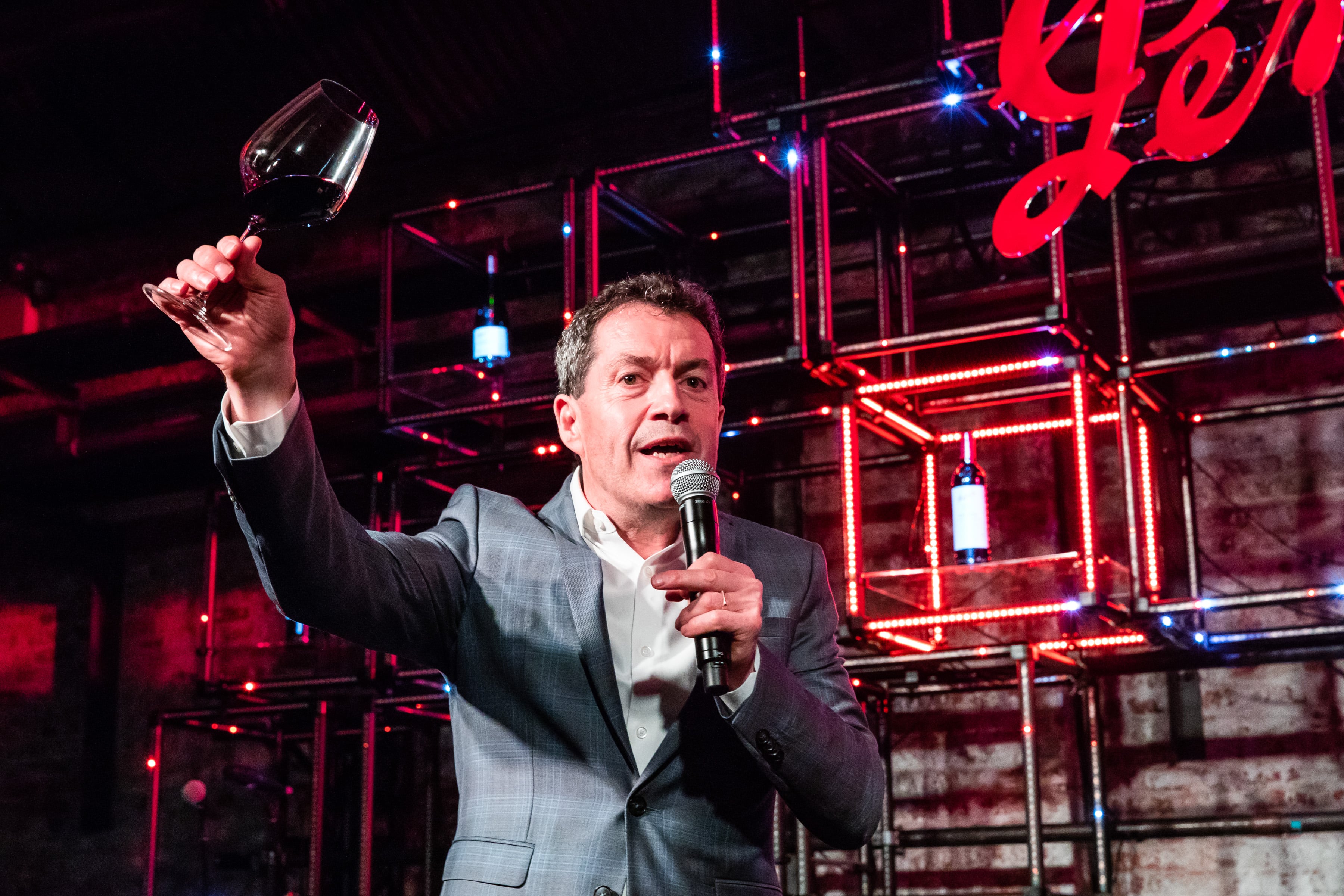 Penfolds unveiled the new vintages from its luxury portfolio including the 64th consecutive release of Grange — Australia’s most famous red wine — at a recent stop of its world tour in New York “This is week four for me,” says Penfolds chief winemaker Peter Gago who dramatically draws attention towards the areas underneath his eyes, which show no signs of sagging or puffiness. “How am I looking?”

Grange has been a global success story, bringing international attention to South Australia wine and raising Penfolds to be counted among the world’s most reliable luxury brands. Launching what’s known as The Penfolds Collection 2018 sees events staged in major cities (London, Hong Kong, Shanghai) around the world. It was the first-ever global release staged in New York City, part of a singular campaign to stoke interest in Grange and its supporting cast of fine wines, including Bin 707 Cabernet Sauvignon, St. Henri Shiraz, Bin 389 Cabernet Shiraz, RWT Barossa Shiraz and Magill Estate Shiraz. The current release includes 17 wines spanning five vintages. The new Grange comes from 2014, while the freshest release is the 2018 Bin 51 Eden Valley Riesling. Not all of the selections are available in every market — some truly small batch offerings, such as the 2017 Bin 23 Adelaide Hills Pinot Noir, don’t travel beyond the borders of Australia.

Virtually all of these releases are tightly allocated to manage their scarcity. International demand continues to increase and there are only so much of these top-end wines to go around.

Gago, who is the fourth chief winemaker at Penfolds since 1948, says less than 10,000 cases of Grange are made each year. In challenging vintages, such as 2011 and 2000, that number was significantly less. Half the usual production was released in 2011 and one-quarter in 2000. “People often say that we only make that amount so we can keep prices high,” he explained. “We only make that amount because that’s all we can make at that quality level. If we could make more Grange, we would.”

The 2014 Grange delivers one of the most balanced and approachable young expressions in memory. It presents a dense core of dark fruit, with savoury and warm earthy accents and a suggestion of minerality. Unmistakably Grange, as Gago is wont to say, but not cast in the blockbuster mode of the 2010, 1996 or 1990. Built to last, but little need to wait.

Many of the early reports have focused on price increases for much of the Penfolds lineup. As prices move north in other markets, Canada typically follows suit.

After enjoying many years with advantageously low prices across the board, our retail channels have been rationalized with global markets. That means current releases of Bin 389 Cabernet Shiraz and Bin 407 Cabernet Sauvignon now ring up at $80 per bottle, twice the price of the 2006 releases. It’s supply and demand, Gago explains. The price jumps are keeping in line with the globalization of the wine market at the premium end.

“We’re Grange, but we’re also Koonunga Hill,” he says, holding his right hand in front of his forehead and his left hand at chest height to reflect the different pricing tiers.

The large-volume Koonunga Hill Shiraz Cabernet brand sold for less than $2 AUS when it was first released in 1976. The 1976 Grange meanwhile was the first Australia wine to cost $20 per bottle upon release.

Gago explains that Bordeaux first growths, such as Haut Brion and Lafite, sold for four dollars more at that time. Grange’s prices have escalated since then, keeping pace with the most collectable French houses.

In addition to being the custodian of Grange, Gago is also charged with maintaining the house style of the various wines. There’s a marked character for each of the range. There’s no recipe, but the wines are made to a style, which means that continuity is key for the legacy labels, such as Grange, Bin 707 and Bin 389.

“While we continue to honour the traditional styles, we also continue to evolve,” Gago says.

The 2014 Grange includes fruit from Wrattonbully for the first time. Located between Padthaway and Coonawarra, the area is no longer one of South Australia’s best-kept secrets. It plays a supporting role to the usual suspects, Barossa Valley, Coonawarra and McLaren Vale, which constitute the compelling blend of 98 percent Shiraz and 2 percent Cabernet Sauvignon.

Evolution has also seen the more recent Bin 311 Chardonnay label expand from being exclusively produced from the Tumbarumba region to include fruit from Tasmania and Adelaide Hills to yield a more expressive wine. It’s still refreshingly crisp and elegant, but with more layers.

Setting the scene for the 2016 vintage, which is responsible for the bulk of the current releases, Gago explains it was a classic vintage for both Shiraz and for Cabernet. It allowed for the raw material to craft definitive expressions of each of the time-honoured Penfolds styles. As a result, these are wines that offer instant appeal, but also have the stuffing to age nicely in bottle.

You get the best of both worlds, according to Gago. If you want primary fruit, drink them early. If you like more developed character, drink them when they are 15 or 25 years of age. If you, like me, enjoy the earthy, truffle, exotic character that only comes with age, drink it as a 30 or 40 year old. “What we’re offering is choice,” he says.

Penfolds celebrates its 175th anniversary in 2019, which promises more fanfare to come including the launch of a new Champagne project Gago has been developing with a family-run Champagne house. The plans are to produce a blanc de blanc, blanc de noirs, and Pinot Noir and Chardonnay blend. A red wine from the Napa Valley will follow in 2022, part of the Penfolds Special Bottlings collection.