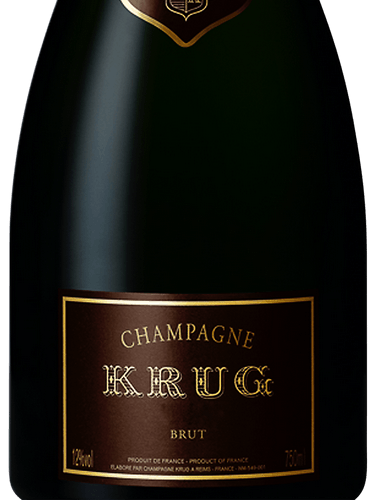 Back in April, the Krug Encounters virtual event saw the venerable Champagne house celebrate the launch of the 169th edition of Grande Cuvée and offer an early look at the 2008 Vintage Brut, which won’t see commercial release until later in the year.
Hosted by the sixth generation of the Krug family and Director of the House Olivier Krug and Chef du Caves Julie Cavil, the seminar offered a behind-the-scenes look at some of the current research and development initiatives prior to the tasting. Olivier Krug shared news that the house has undertaken extended aging process for some of its Grande Cuvée editions, which will enjoy a second release in the future.
“We are keeping some Grande Cuvée on the lees for later release and hopefully one day we will be able to have a program equivalent to the Krug Collection for vintages for the Grande Cuvée,” he said.
Cavil joined Krug in 2006 following internships at Moët & Chandon. She served as winemaking director until being named chef du caves in 2020, which means she’s now responsible for the development and direction of Krug’s winemaking operations.
She explained that 2008 is one of the most celebrated vintages in recent history in Champagne. It was prized for producing wines with greater intensity and elegance — “a lot of charisma,” she stressed. The high acidity in the base wines set the agenda for aging potential and Champagnes with tremendous power and presence.
A cool and grey growing season, 2008 saw grapes ripen slowly and evenly. “This is probably a classic vintage among the Krug vintages,” Cavil explains.
Krug’s winemaking team gives nicknames to each vintage release to help to communicate the personality and character of the wine.
“For example,” she says, “Krug 2006 was called capriciousness indulgence because it fills your mouth in every direction… It is a story of hot weather, a hot year.
"Krug 2008 was born under very different circumstances — fresher — under effort and constraints. It resulted in intensity, an immensely elegant wine with a certain authority… Krug 2008 is for us: classic beauty.”

The 164th Edition of Krug Grande Cuvée based on the 2008 vintage was a standout, which has created great expectations for this vintaged dated bubbly. Youthful and fresh. Vibrant, zesty and a refreshing long and pure finish. Love the texture here; flavour descriptors are elusive, with suggestions of citrus (lime zest), toast and earth (cement, chalk, minerality). Drink now to 2040. (97/100)