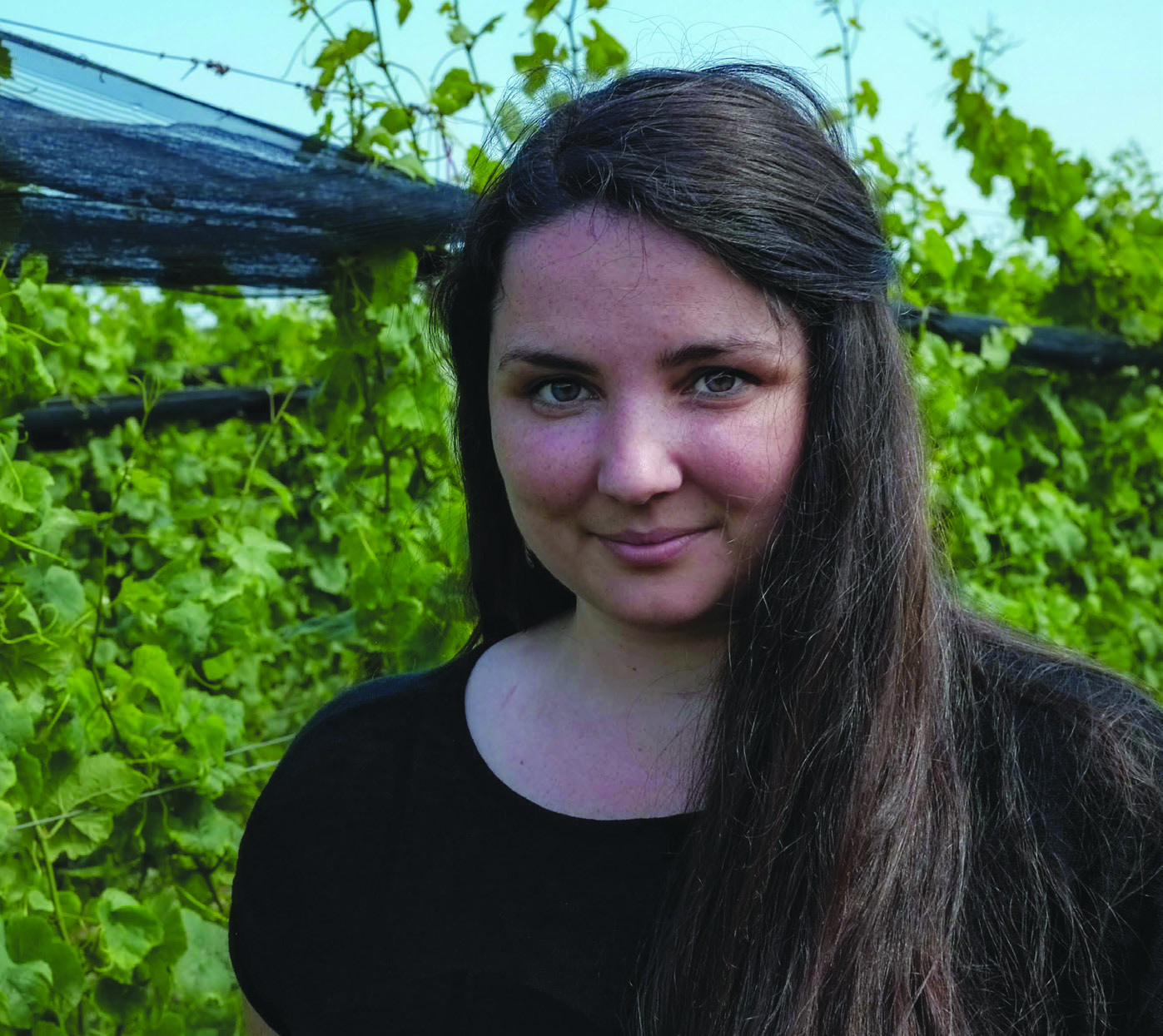 A visit to the County served-up a love-at-first sight, life-changing reaction for Toronto-based executive Christian Morandin. He and his wife came to the County for a family reunion and were inspired to relocate. Moreover, Christian found himself bitten by the wine bug.
“He started getting into wine and winemaking in a serious way,” explains winemaker Amelia Keating-Isaksen. “The decision was made to buy some land, put in some vines and see where this goes.”
It’s safe to say the Sangreal Estate Vineyard, which recently celebrated its 10th anniversary, and Morandin Wines, which just completed its first year selling to the public, may not have happened if that family get-together took place somewhere other than Ameliasburg.
A former media manager at Leo Burnett Toronto, Morandin attended Niagara College in Niagara-on-the-Lake to study winemaking shortly after establishing his vineyard on the Loyalist Parkway in Wellington.
Originally the grapes grown at the family’s Sangreal Estate Vineyard were sold to local wineries, but the plan was always to take the next step. In 2016 and 2017, half of the grapes were sold to winery clients and the rest was used to make the first estate wines for the fledging Morandin Estate Winery. These small batch Pinot Noirs and Chardonnays were made by Morandin with the assistance of Ryan Monkman.
Monkman, who recently celebrated the launch of FieldBird cidery in the County, recommended classmate Keating-Isaksen to take over the cellar as Morandin looked to increase production.
The hope for 2018 was to make 800 cases of wines, but Mother Nature had other ideas. The vines produced a smaller than expected crop, yielding only 500 cases.
“It fell into my lap, in the best way,” says the young winemaker, who worked as a cellar hand and assistant at Five Rows Craft Wine and Creekside Estate Winery in Niagara before moving to the County last year.
Keating-Isaksen brings techniques that she’s seen used to great effect at other properties and a creative mind honed by studies at Niagara College’s winemaking and viticulture program and Brock University’s Cool Climate Oenology and Viticultural Institute, where she completed Wine Spirit Education Trust programs.
“Chris was really open to new ideas,” she says. “I’ve been doing things in the cellar and vineyard that I think make sense. Super small batch fermentations, with different techniques applied to each one to build complexity in the finished wine when all of batches are blended together.”
Morandin winery’s production remains small, even with a jump to 1,000 cases projected for this harvest. Keating-Isaksen makes her job even more demanding with the need to watch over so many different tiny batches.
“About halfway through harvest, I end up hating myself,” she says light-heartedly. A single fermentation of the all of Pinot Gris grapes would mean less headache, but the resulting wine wouldn’t be as memorable, she adds.
Keating-Isaksen credits the strong influence of mentors, Wes Lowrey and Rob Power, on her approach to winemaking. “I hesitate to call myself a natural or non-interventionist winemaker because what does that mean? It means something different to everyone,” she says.
From Lowrey (Five Rows Craft Wine of Lowrey Vineyard ) and Power (Creekside Estate Winery, Queenston Mile) she has come to see winemaking as a guiding principle rather than a driving force. “You monitor your fermentations and watch the progress. I’m definitely going to intervene if I have to.”
Morandin Wines focuses grapes grown on its estate, with the addition of some purchased fruit from vineyards or wineries in Niagara. “I typically buy grapes from Niagara that we cannot grow in the County. I don’t know why I’d take Pinot Noir from Niagara, for instance, when it’s such a County thing?”
The goal is to identify grower partners in Niagara like Kelly Mason, winemaker at Domaine Queylus, The Farm and Honsberger who also runs her own vineyard in Beamsville, with top quality, single vineyard grapes to offer. Mason’s vineyard has five rows of Cabernet Sauvignon that don’t currently fit any of her winemaking needs.
Keating-Isaksen snapped the grapes up for Morandin’s portfolio. A quick taste out of barrel shows that special Cabernet Sauvignon is one to watch.
Chardonnay and Pinot Noir are the bright spots in the portfolio. Keating-Isaksen sees Pinot Gris coming up to that level. She says the versatile grape is one of her favourites. “It can do lighter Grigio or richer Gris styles, it can be a late-harvested, sweet wine or made into sparkling…,” she explains. The biggest problem is availability.
“There isn’t much Pinot Gris in the County. I think there should be more,” she says.“There are a handful of growers, but even the people who have some, don't have very much."

Written by Christopher Waters on Monday, 02 September 2019. Posted in The Producers