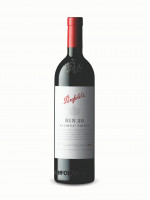 First released in 1958, Bin 28 has long been cast in a bold and flavourful mold, with supporting character and accents from aging in seasoned American oak. It's always an enjoyable comparison with Bin 128, which focuses on shiraz from Coonawarra that's aged exclusively in French oak. The 2018 is a dense and appealing red wine, showing a core of concentrated fruit that's ripe (but not overly so) and savoury accents (clove, licorice) that carry through to a lingering and satisfying finish. You could almost forget how well this will age/mature. Don’t make that mistake. Yes, it’s fresh and flavourful, but it’s got a long track record. Drink 2021 to 2040. Highly Recommended. (94/100)