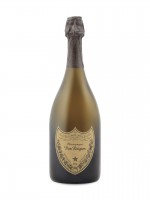 You won’t see many vintage Champagnes from 2010. A deluge in mid-August saw the equivalent of two months of rain fall in a two-day period. Much of the grape crop rotted on the vine and need to be rejected. Dom Pérignon only produces vintage champagne and increasingly is producing exceptional sparkling wines even in abnormal conditions, such as the washed out 2010 vintage or the torrid heat of the 2003 vintage. This is surely a more limited release compared to more classic vintages, but it lives up to the legendary Dom reputation. It’s immediately accessible, with rich and concentrated character that’s beautifully balanced by refreshing acidity. Drink now to 2030. (96/100)