Old and new favourites to discover 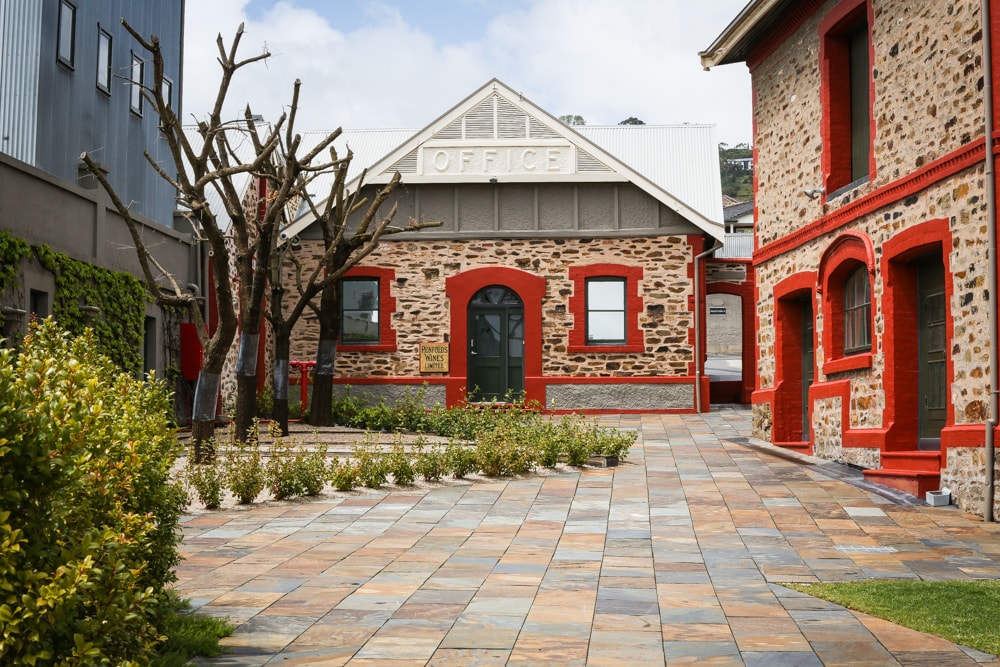 While there’s always anticipation for Penfolds’ annual release, its 2021 Collection comes with more excitement than usual. The lineup includes stellar versions of icons, such as the 70th anniversary vintage of Grange, St. Henri and Yattarna. There are also surprises including two Special Bin cabernet shiraz blends.

Collectors are sure to key-in on the debut of SuperBlend 802A and Superblend 802B, which harken back to the legendary Special Bins created by Penfolds’ first chief winemaker, Max Schubert.

Selected from the highly regarded 2018 vintage, the two wines include significant parcels of fruit from the Barossa Valley, McLaren Vale and Coonawarra with smaller components sourced from Wrattonbully, Robe and Clare Valley. One is made with American oak with components that were aged separately for 18 months before blending, the other was blended early, following the usual Penfolds method, and aged exclusively French oak.

“It sounds a bit arrogant, SuperBlend, but if you think of superfood, super Tuscans or whatever, we tried to come up with a name,” explains Penfolds Chief Winemaker Peter Gago. “This is an attempt not just to do something for Penfolds, but to take that cabernet shiraz blend to a global audience.”

Special Bin releases have long been part of the Penfolds mystique. But Gago maintains they can only happen in the best years to keep the quality of the core range consistent. He explains while the winemaking team is looking to create Penfolds’ first Special Bin chardonnay, it’s not as easy as taking the best barrels from the Yattarna program because the quality of Yattarna would take a hit.

You cannot simply take the heart and soul out of a wine and not expect its quality to drop, Gago explains. “I’m very excited about the prospect of a Special Bin white wine, but it has got to be completely different from Yattarna or Reserve Bin Chardonnay.”

The challenge for introducing a new Special Bin is making sure it stands up to the reputation of the previous releases, which include the likes of 1962 Bin 60A, a blend of one-third Coonawarra cabernet and two-thirds Barossa shiraz, that has been called as the greatest Australian wine ever made.

While he confirmed the Superblend concept would continue beyond the 2018 releases, Gago wasn’t willing to reveal too much. He did say that only one style of the Superblend was produced in 2021.

Other surprises in the 2021 Collection include the Bin 51 Eden Valley Riesling from the 2021, described by Gago as the best riesling the winery has produced to date, and the exceptional quality of the St. Henri 2018, which many critics are calling the must buy of the collection.

Other notes:
Gago on Penfolds’ recent moves to produce wine outside of its native Australia:
We’re living in a very different world now, you know, and that’s part of the reason we’ve ventured to California, why we now have our champagne alliance, why we are now doing work out of Bordeaux, it doesn’t help us deal with climate change, but it spreads the risk around the world. Who would have thought last year (2020), massive fires in California as well as South Australia as well as Victoria? So even that global safety net still has holes in it.

The full release from the winery is 28 wines spanning five vintages, from the 2021 Bin 51 Riesling to the 2017 Grange, which is always released as a five-year-old.

Canadian markets don’t receive the entire collection but enjoy allocations for many of the icon and luxury wines. The LCBO will release the latest collection of Penfolds wines as part of a Vintages online release, Jan. 27, 2022. More information is available by emailing This email address is being protected from spambots. You need JavaScript enabled to view it.

Bin 51 Eden Valley Riesling 2021
Created in the 1990s as part of the development of Penfolds white wine program. A change from fining with isinglass to casein is credited with improving the purity and texture of the new vintage.

Successfully cast as a mini Yattarna / baby Yattarna, like Bin 389 is to Grange. A multi-region blending and judicious use of new oak, Bin 311 is a vibrant and flavourful expression of chardonnay. Terrific balance and persistence. Richness and refreshment in turns. Tremendous. Drink now-2030. 94/100

Rich and refreshing as per the established template. Yattarna is vibrant and complex, with nutty and leesy notes adding richness to the bright citrus and juicy pear. Gago’s tasting notes include tahini, which is something to look for if you get the opportunity to taste this special white. Drink now-2039. 96/100

Bright fruit and savoury notes combine to showcase the Coonawarra character. Approachable and with a fragrance that draws you in, this is a lovely expression of Bin 128. Not as rich or concentrated as the best vintages but compelling all the same (especially with some age on it). Drink 2023-2039. 93/100

Decidedly fragrant and herbal (menthol, dried herbs) mix with dark fruit. Solid but not exciting, best enjoyed in the near term. Drink now-2030. 90/100

Bin 389 Cabernet Shiraz 2019
First produced in 1960 by Max Shubert, dubbed “Baby Grange” based on Shubert’s involvement and the fact that components of the blend are aged in same barrels that were used in the previous vintage of Grange. 53% Cabernet Sauvignon / 47% Shiraz. 26% Padthaway / 25% McLaren Vale / 19% Coonawarra / 11% Wrattonbully / 10% Barossa Valley. 12 months in American oak hogsheads (25% new)

Shows a polished character, with concentration and layers of flavours that are savoury and ripe, approachable and appealing. Compelling core of fruit with intensity and complexity befitting the Bin 389 / Baby Grange pedigree. Drink now-2049. 95/100

Always a focal point in the Penfolds lineup. In stellar vintages, like this and the 2016, it positions itself confidently at (or near the) very top of the pecking order. Open and approachable, purity of fruit with serious structure and astonishing length. Outstanding. The wine of the collection? Drink now-2055. 97/100

Smooth and polished as per RWT style. Less concentration and richness, but structured and balanced, age-worthy, a classic vintage? Savoury, meaty and flavourful, with purity of fruit and persistence. Drink 2025-2050. 96/100

This is a red wine that truly shines with the 2019 vintage. A multi-regional blend created to be one of the finest cabernets in the world, it certainly achieves its purpose here. Floral, dusty, graphite, black olive, cassis, tobacco, meaty, cinnamon: every swirling brings something new to discover. Fragrant, focused, excellent. Drink 2025-2050. 96/100

Grange 2017
70th anniversary year. From its experimental days in 1951 until now, Grange has sought to be an iconic shiraz crafted by multi-vineyard and multi-district blending. Only the 7th time it has been 100% shiraz. 18 months American oak, 100% new. 86% Barossa, 14% McLaren Vale (the 1991 vintage was the last time these two regions comprised 100% of blend).

Delicious. Open and ready (surprisingly so) but with so much stuffing to develop. Lovely fresh and fragrant ripe dark fruit, smoke, chocolate, herbal/pepper. Drink 2026-2060. 97/100

Richly concentrated and ripe, this offers dark fruit (blackberry, blackcurrant) with cedar and chocolate notes in this early stage of development. It’s a serious red which holds court nicely with the legendary nature of previous Special Bin releases, including the earliest 60A. Drink 2025-2055. 96/100

This delivers the concentrated and balanced Penfolds house style, with intensity, integration and an X factor that makes for a very special Special Bin release. A complex and complete expression of the classic Australia cabernet shiraz blend. Ripe tannins, pristine structure, and length. Drink 2030-2060. 98/100

Written by Christopher Waters on Saturday, 15 January 2022. Posted in The Producers